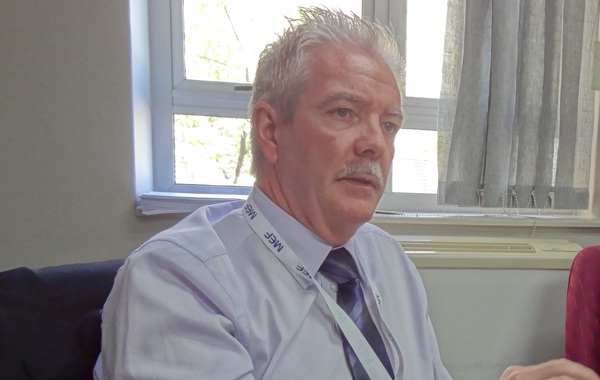 The MEF has embarked on a campaign in South Africa to get local networking players to adopt MEF standards.

By Jan Vermeulen –  Technology journalist and web developer at MyBroadband.

The Metro Ethernet Forum (MEF) is meeting with South African telecommunications industry players to introduce their international standards for carrier-grade Ethernet to the SA market.

Chief operating officer of the MEF, Kevin Vachon, explained that they like to reach into markets that are in a relatively early stage of metro Ethernet adoption and talk to the local industry about global trends in the space.

Vachon said that there is an “awful lot” going on in the South African market with regards to Ethernet, with most of the service providers in the process of getting organised to offer a standards-based product to market.

He remarked that the markets slowest to adopt MEF standards have historically been ones that lack competition. “When there is a competitive environment then things move fast,” Vachon said. This is because it is usually non-incumbents that initiate carrier-Ethernet adoption, he explained.

“So we don’t have these big STM–1 pipes coming in,” Williams said. He said that Ethernet makes bandwidth “easier to slice up,” meaning smaller ISPs can get smaller amounts of bandwidth more easily and compete more effectively.

When queried on how many South African carriers need to become MEF members for this to become effective, Williams said that they need “all the big guys”.

All the players providing the networks have to adopt the standard for MEF’s efforts to be effective, Williams said.

Asked about South Africa’s current state of play, with Telkom rolling out metro Ethernet fibre links to some of its exchanges, Williams explained that MEF standards offer benefits such as transparent service-level agreements.

If more operators adopt MEF standards and become MEF members, Williams said it would result in a number of benefits:

There would be no need to interconnect equipment that speaks different languages;

Businesses will have transparent SLAs, quality of service, and class of services;

“Telkom has a great network, but the problem is that it’s not monitored as a carrier Ethernet network,” Williams concluded.