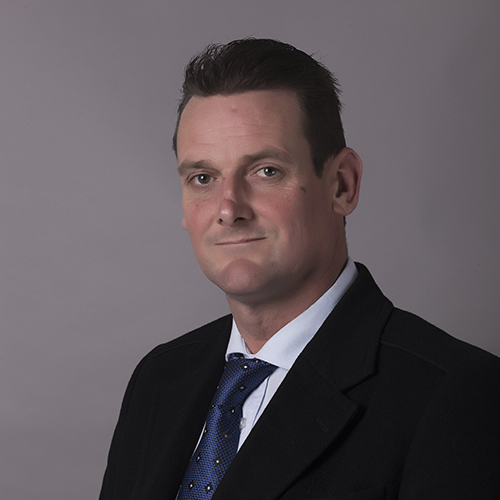 “We think being part of this global effort is the best way to go for us and our customers .” — Gary Williams, Head of Pre-Sales Engineering, MFN

The first South African service provider to join the Metro Ethernet Forum (MEF), MetroFibre networx (MFN) has been working to spread the word about MEF standards

and certification while ramping up its own business in the country. After hosting an MEF seminar last November, the number of Carrier Ethernet Certified Professionals in the country increased from one to 24, and three more companies joined the MEF, according to Gary Williams, Head of Pre-Sales Engineering for MFN and Co-Chair of Marketing of the MEF in South Africa.

Launched in 2010, MetroFibre networx (MFN) is a Carrier Ethernet Class Access Fiber Network provider that focuses on selling its MEF 2.0 services to South Africa’s service providers. Therefore, the more of them that get on-board with global standards the better, he explains.

“We think being part of this global effort is the best way to go for us and our customers,” said Williams. “Our MEF membership lends us credibility and confidence even though we are a relatively ‘new kid’ on the block.”

MFN also is winning customers and championing Ethernet because of the its ability to quickly and efficiently deploy fiber connectivity to office parks in South Africa’s largest cities. Once the fiber is deployed, connecting it to one of the buildings it passes can be done in a few hours, he added.

The fiber is broken out on both sides of each passed building. This enables customers to obtain the additional route diversity and redundancy they require. In addition, MFN provides its customers with globally acceptable service level agreements (SLAs) and also monitors and reports on service performance metrics.

MFN’s most popular Carrier Ethernet service is E-Line, which comes in three flavors. The first is pure fiber-based, non-guaranteed, 5- to 100-Mbps excess information rate (EIR) bandwidth. The second is a product called Business Broadband, which provides 1- to 2 Mbps committed information rate (CIR) for voice and up to 5-to 100-Mbps of EIR. The third is a guaranteed CIR bandwidth service from 2Mbps to 1000Mbps with Basic, Bronze, Silver or Gold SLA’s “E-Line is the most popular service because we have targeted small- to mid-size DSL/E1-using companies,” said Williams. “It’s also its a straight-forward service to configure.”

Because deregulation occurred only in 2005 in South Africa, most of MFN’s service provider customers, and their enterprise customers, are relatively new to fiber-based broadband services. They tend to jump in with entry-level amounts of bandwidth, but quickly graduate to faster speeds, said Williams.

While there are other fiber providers in South Africa, MFN is the only open access provider that any network provider can use to connect to a building, Williams explained.

“Once our fiber cable is in place, property owners love us because we don’t have to dig up the road for each and every services provider, and they can use any service provider they want,” said Williams.