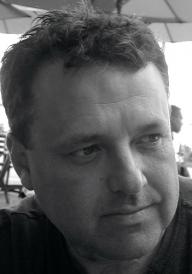 Although South Africa is lagging behind when it comes to deployment LTE (Long Term Evolution), South Africa is ahead of the curve with its physical IT infrastructure which has improved immensely with the emergence of new entrants, claims Gary Williams of MetroFibre networx, the founding member of the MEF (Metro Ethernet Forum) in South Africa. MetroFibre networx provides fibre optic Open Access over the “Last Mile” connecting Service and Application Providers to their customers.

According to Williams, South Africa needs more formalized, national broadband policy which would open the gates for technologies like LTE to become more accessible to prospective operators.

“The industry has made huge efforts to get all its ducks in a row, now we need the government to do its part and release the mobile spectrum which will join our wired and mobile networks together.”

MetroFibre networx, is the original adopter of MEF standards in SA and also the driver behind this adoption of “world conformity” for every SP/ISP/Carrier to be interconnected to the same MEF Carrier Ethernet Cloud.

“Joining up different provider networks is the key to driving down bandwidth cost.  This will also mesh together the country’s networks and provide the countrywide network which is so desperately needed to boost the economy.

“The only way to achieve this is if all participants use the same language, which is MEF – Carrier Ethernet.

This would mean that:

“If the government provides the framework, the MEF can galvanise the telcos, ISPs and equipment manufacturers to join up our islands of connectivity into a national network which can compete in a globally connected business environment.”